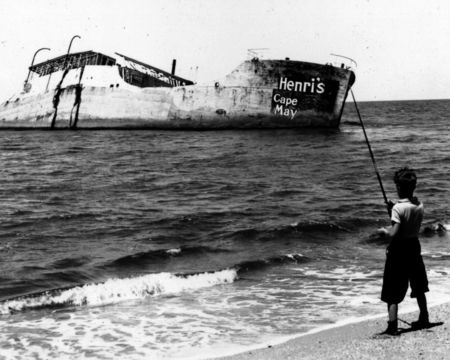 Frank R. Zebley (1883-1960) was a Delaware native collector, photographer, author, and one-time speaker of the Delaware House of Representatives. He published Along the Brandywine and The Churches of Delaware. The Frank R. Zebley photograph albums includes nearly 1500 black and white photographs from the city of Wilmington, locations around Delaware, southeastern Pennsylvania, and other places of interest in the mid-Atlantic region.

Frank R. Zebley (1883-1960) was a Delaware native collector, photographer, author, and one-time speaker of the Delaware House of Representatives. He was born January 8, 1883 in Wilmington, Delaware to Lewis Atwood Zebley (1847-1898) and Kate Florence Price (1850-1941). His father was employed at one time as a car builder and manager with the Pullman Palace Car Company in Wilmington and worked variously as a carpenter and general laborer for other local companies as well.

Frank Zebley graduated from Wilmington High School in 1898, after which he worked as a machinist at the Delaware Machine Works. Sometime between 1906 and 1912, he earned a mechanical engineering degree from the International Correspondence Schools in Scranton, Pennsylvania.

In the 1920s and 1930s, Zebley was in the building business and was one of the major developers of the Ninth Ward in Wilmington, constructing and selling more than 200 houses. He originated the idea of building and renting out rows of single-car garages along alley ways in the middle of blocks at a time when the automobile was becoming part of family life but people were not yet willing to store the machines inside their homes.

Zebley was an active supporter of the Republican Party and generally opposed to New Deal Liberalism. He served on the Wilmington Board of Education and the local Exemption Board No. 4 in Wilmington during World War I. In 1935, he was elected as a state representative for three consecutive terms and was speaker of the House in 1939. Among other causes, he championed schooling for Nanticoke children. For unknown reasons, Zebley felt betrayed by the party leader’s and he retired in disgust in 1940.

He published two books: Along the Brandywine in 1940 and The Churches of Delaware in 1947. In writing the story of the Brandywine, he traced the river to its sources and took about 750 photographs of the water course and landmarks along its banks. From these he chose the scenes to illustrate the narrative of his book. The project began in 1935 to become a book with pictures and the story of the creek and the people who lived on its banks.

His second book involved even more research as he listed 900 Delaware congregations in his 350-page book, a result of twelve years of traveling and delving into church records. He included his own interior and exterior photographs of church buildings all over the state. All churches of Delaware are included: Protestant, Catholic, Jewish, Quaker, and Hicksite Quaker. The book also lists the burial places of the more important Delaware figures - political, civic, and military.

As a collector, Zebley specialized in “Delawareana,” books and printed material about the First State, including many first editions and a collection of works of illustrator and author, Howard Pyle (1853-1911).

The Frank R. Zebley photograph albums includes nearly 1500 black and white photographs from the city of Wilmington, locations around Delaware, southeastern Pennsylvania, and other places of interest in the mid-Atlantic region. The photos include street scenes, construction and demolition, public buildings, churches, cemeteries, houses and estates, waterfronts, bridges, mills, automobiles, trains, and people. Additionally, specific locations and events include the Brandywine Village; the Brandywine Creek; Armistice parade in Wilmington; the Sesqui-Centennial Exposition in Philadelphia; Gettysburg battlefield; Lewes, Delaware; and the wreck of the ship Morro Castle at Asbury Park, New Jersey.

Other collections of photographs by Frank R. Zebley are in the Delaware State Archives and the Wilmington Institute Free Library.