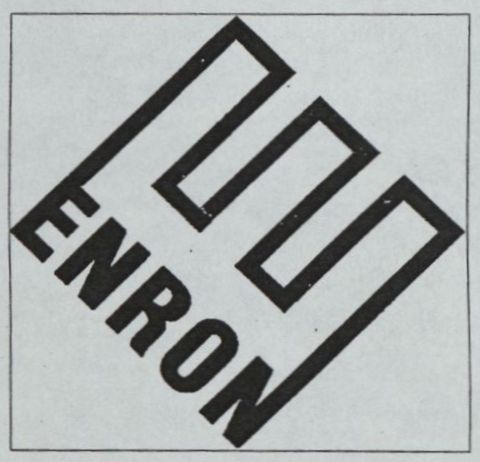 The rise and fall of Enron Corp., a natural gas utility transformed into the world’s largest energy trader, followed a pattern of boom and bust familiar in the history of American business. The records in this collection belonged to Herbert “Pug” Winokur, a member of Enron’s board of directors and chair of its finance committee. He used these records to prepare for depositions associated with the Enron bankruptcy. This collection contains meeting minutes, supporting materials and other documents relating to the Department of Justice investigation into the Enron Corp. from 1997 to 2002.

The rise and fall of Enron Corp., a natural gas utility transformed into the world’s largest energy trader, followed a pattern of boom and bust familiar in the history of American business. A charismatic and reckless entrepreneur entices investors with the promise of big returns. Initial stability soon gives way to hubris, excessive risk-taking and misreading the markets. As losses mount, the entrepreneur results to creative or outright fraudulent bookkeeping, drawing in more capital in the vain hope of staving off the inevitable collapse. Depending upon the size of the losses, the entrepreneur’s name and that of his firm either sink into quick oblivion, or become bywords for chicanery and scandal for a generation or more.

Enron Corp. was incorporated in Delaware on April 25, 1930 as the Northern Natural Gas Company. In its early years it was a very large but otherwise ordinary natural gas utility serving the Plains States and headquartered in Omaha, but like many companies, it began conglomerate diversification in the late 1960s and changed its name to InterNorth, Inc. on March 28, 1980. It then bought the Houston Natural Gas Corp. in 1985, briefly becoming known as HNG/InterNorth. Although InterNorth was the surviving corporation, HNG dominated the management of the merged company. When Samuel Segnar (1927-2015) of HNG retired as chairman and CEO in 1986, he was succeeded by another HNG officer, Kenneth L. Lay (1942-2006), who changed the name of the company to Enron Corp. on April 10, and moved the headquarters to Houston.

Responding to Congressional deregulation of natural gas prices, Lay introduced the Gas Bank, a new way to market natural gas to consumers, in 1989. The Gas Bank served an intermediary between buyers and sellers and enjoyed great success. Soon, Enron was trading natural gas as a commodity, and the firm began to view itself more and more as a trader and less as a producer. Enron then began to extend their business model, first developed for natural gas, to electric power, steel, water, and paper.

In 1997, Lay promoted Jeffrey Skilling (1953-), whom he had hired as CEO of a subsidiary in 1990, to be Enron’s President and Chief Operating Officer. Skilling in turn hired Andrew Fastow (1961-) as Chief Financial Officer in 1998. Enron’s senior managers created a corporate culture in which managers received most of their rewards in stock options, leading to a focus on short-term performance bonuses and boosting stock prices.

In 2000, Enron announced its entry in to the broadband fiber optic segment and founded Enron Broadband Services, Inc. The energy trading website Enron Online, launched in 1999, quickly became the largest e-commerce site in the world. Many analysts and industry insiders considered this move to be a logical expansion of the business. This led to the doubling of the carrying capacity of fiber already in the ground and eventually an oversupply. Within months of the expansion there was a large quantity of unused fiber connections. Combined with the failure of many start-up internet firms, Enron would lose over $1 billion in its broadband venture, but Enron employed deceptive accounting practices to record a profit of $100 million.

Increasingly relying on its trading business, Enron made changes in its accounting practices, becoming the first non-financial firm to adopt mark-to-market accounting, under which accounting is based on current market value, not historical value. In this, Fastow was assisted by Enron’s outside auditor, Arthur Andersen LLP. The stock price rose 56% in 1999 and an additional 87% in 2000, however Enron was losing money on its operations but continued to show a profit due to unconventional accounting practices. Enron also relied heavily on prepaid agreements which allowed the firm to raise cash, similar to the way in which a loan functions, all the while not showing the liability on their balance sheet. In 2001, Enron signed over $5 billion on prepaid agreements in an attempt to raise capital.

Also risky was Enron’s heavy use of Special Purpose Entities (SPE) to manage the risk associated with various projects. SPE’s were shell firms created by a sponsor but funded by independent equity investors. By 2000, Enron sat atop a bewildering maze of over 2,000 subsidiaries and affiliates spread around the world. At first used correctly, Enron later began to make assurances to an investor that a commitment would be for a short period and then find a new investor to assume the role of a third party and allow the initial investor to secure large profits, in essence a form of Ponzi scheme. When Enron began to have difficulty finding replacement investors, they are reputed to have used key management personnel for the role, which casts doubt of the issue of control of the SPE. By the end of the 1990s, Enron was using SPE’s as hedge funds to lock in mark-to-market profits or to hide losses of bad assets, capitalizing with its own stock, in effect, hedging assets with itself.

In 2001 complaints about the clarity of Enron’s accounting methods and practices were beginning to raise concerns. By then, entities such as Raptors I to IV, created in 2000 to remove bad international assets from Enron’s books, were almost insolvent. In March of 2000, the Raptors were reorganized which helped the firm hide an addition $200 million in losses. The Whitewing Associates L.P. and Osprey SPE’s had their liability points tripped in July of 2001 when the stock fell below $47.00. In 2000, Enron claimed to have $4.8 billion in operating cash, when in reality it had very little. The $100 billion in revenue that was reported in 2000 was simply revenue from trades where cash did not change hands. By this time, credit rating services began to take note of the firm’s financial position at the same time as prices in the fiber optics market plummeted.

The 10-Q report filed in the second quarter of 2001 showed a negative cash flow of $1.3 billion YTD. Another SPE, Marlin, which had been used to cover the losses from one of Enron’s forays into the water utility market, had a payment due to investors at the end of 2001. This obligation was refinanced in July of 2001 for $1 billion. However the note would become due if the stock price fell below $34. As energy prices fell in 2001, so did the stock price, which would mean refunding $2 billion in deposits. The situation becoming dire, Jeff Skilling, who had been promoted to CEO in February, resigned in July and Kenneth Lay once again became CEO. This change, along with many others in executive leadership looked suspicious to investors and analysts.

Stock prices fell $5.00 a share the day that Skilling’s departure was made public in August, and fell an additional $25 per share on September 12, 2001. Stocks would continue to slide through October forcing Enron to replace CFO Andrew Fastow. Facing a liquidity crisis, Enron was forced to draw on $3 billion in back up credit which would only last a few days. The collapse of the stock price led to billions of dollars in obligations coming due immediately. In a final attempt to save the company, Enron was able to secure another $1 billion in loans using their pipelines as collateral. When Enron reported a third quarter loss of $664 million, bailout merger talks with another energy giant, Dynegy, Inc., collapsed. On December 2, 2001, Enron filed for bankruptcy protection, briefly taking the palm for the largest U.S. corporate failure. It would be exceeded, first by WoldCom in 2002 and then Lehman Brothers in 2008.

Following congressional hearings and trials, twenty-two Enron executives and partners pleaded guilty or were convicted for their roles in the collapse of Enron. Arthur Andersen was found guilty of fraud and shredding evidence (a conviction that was later overturned on appeal), and many partners at Andersen were also personally convicted of crimes. The scandal literally destroyed the Andersen firm, causing it to lose its CPA license and the ability to practice before the SEC. Many executives at Enron received probation, but many received prison terms, including former CFO Andrew Fastow and former Chairman Kenneth Lay. Lay died in July 2006 while awaiting sentencing. Lay’s estate was later sued in civil court in an attempt to recover funds. Nearly 20,000 employees lost not only their jobs but also their pensions, as the plan’s resources were tied to company stock. Thus ended the first great American business scandal of the twenty-first century.

The records in this collection belonged to Herbert “Pug” Winokur, a member of Enron’s board of directors and chair of its finance committee. He used these records to prepare for depositions associated with the Enron bankruptcy. It is one of the most complete collections of Enron board records in existence.

The Enron Corp. board records span the years 1997 through 2002 and have been divided in four series based on the arrangement of the creator. Series 2, 3, and 4 reflect the original arrangement of the materials as they were delivered to Winokur by his legal team.

Series I. Loose Minutes, date from 1997 to 2001, are minutes and materials from the Board of Directors, Finance Comittee, and Executive Commitee.

Series III. Bound Files used by the Department of Justice, date from 1997 to 2001, is arranged by subject. This item contains board minutes and presentation materials, quarterly and annual reports, as well as press releases and news articles relating to Enron.

Series IV. date from 1997 to 2002, Key Transactions Notebook, contains meeting minutes as well as copies of emails that were used in the investigation, indictiments, and company memorandums.

No restrictions on use.