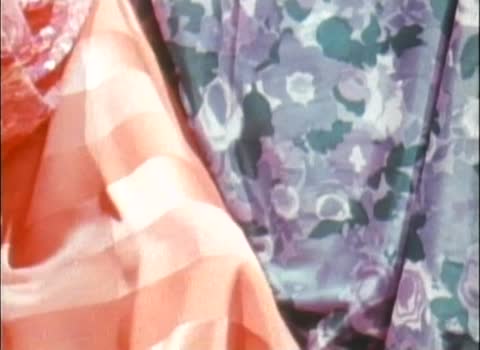 The Textile Fibers Department of the DuPont Company, established in 1936 as the Rayon Department, specialized in researching and developing synthetic fibers for fabrics such as Rayon, Nylon, Teflon, Corian, and Kevlar. This collection primarily contains video tapes (VHS and U-Matic). Most of the content on the VHS videotapes are different than that on the U-Matic videotapes, there are a few duplicate videos that are in both formats. The videotapes content are employee training videos related to management, customer service and safety, as well as, informational videos about product and services, company history and events. Additionally the collection contains photographs, slides, advertising and promotional materials.

The Textile Fibers Department of the DuPont Company was established in 1936 (known then as the Rayon Department) which specialized in researching and developing synthetic fibers for fabrics such as Rayon, Nylon, Teflon, Corian, and Kevlar. The department was renamed in 1952 to reflect the wider range of fibers being produced and was renamed the Fibers Department in 1988.

During World War I, the DuPont Company constructed a dye works at Deepwater Point, New Jersey. The plant included two research facilities, the Jackson Laboratory and the Technical Laboratory. In 1945 the plant name was changed to the Chambers Works, in honor of Dr. Arthur D. Chambers (1847-1929), a DuPont executive who promoted company involvement in the dye business. Chamber Works plant was one of two plants in New Jersey that were part of the Organic Chemicals Department devoted to the production of Dyestuffs, Neoprene, Ethyl Alcohol, Camphor and other Organic Chemicals for the rubber, petroleum, textile, paper, perfumery and other industries

DuPont's Chestnut Run Laboratories near Wilmington, Delaware began construction in 1952 and opened in 1954. The research complex includes many buildings such as the Textile Research Laboratory, the Polychemicals Sales Services Laboratory and the Organic Chemical Department. Research at these laboratories was mainly aimed at the development of better textile products from DuPont fibers or the extension of markets through the development of new end uses.

In September 1981 the oil and gas manufacturing company, Conoco Inc. became a subsidiary of the DuPont Company. Several years earlier, Conoco had produced a documentary film, “To Fly” directed by Jim Freeman (1944-1976) and Greg MacGillivray (1945-) in 1976 which was eventually released in 1981 presented by DuPont. The film documents the history of aviation. A second documentary by Freeman and MacGillivray was produced in 1983 by Conoco and presented by DuPont entitled “Flyers.” In 1999, DuPont sold off all of its shares of Conoco, which then merged with Phillips Petroleum Company.

Throughout the 1980s there were several fabrics were developed in DuPont's line of Performance Fabrics. Two of which were Coolmax(TM) and Thermax(TM). Coolmax is a moisture absorbing fabric intended to keep athletes dry and Thermax is a hollow filament polyester fabric for insulation in sportswear for cold weather sports intended to keep a layer of warmth while pushing perspiration to the upper layers of fabric. Another fabric, ThermaStat(TM), similar to Thermax was designed to be light, warm and breathable.

Beginning in the early 1980s, the DuPont company made a strategic effort to broaden marketing capabilities by making every employee a salesperson. There were ongoing orientation programs within the company which stressed the need for all employees no matter what their duties, to understand the marketing function and relate their efforts to satisfying the customer. Additionally, there were seminars for staff given by staff such as the Professional Excellence Community Seminars, which appear to have been monthly and the annual DuPont TechCon, which is a multi-day conference where scientists, technical developers and business development managers from Dupont network and share ideas.

In 1987 the DuPont Company celebrated the fiftieth anniversary of the invention of Nylon and Teflon. The theme for the year was “Celebrating the Past, Shaping the Future.” The company held several events to commemorate the anniversary.

Edgar S. Woolard, Jr. (1934-) was the Chairman and Chief Executive Officer from 1989 to 1996. Due to the economic recession of the early 1990s Woolard supervised a substantial downsizing of the company in an effort to cut costs and focus on the manufacturing of DuPont’s core products. The company also underwent a reorganization and an international expansion. When Woolard retired in 1996 DuPont’s stock value had increased by 160%.

DuPont formed a subsidiary for the Fibers Department called Invista in 2003 which was sold to Koch Industries in 2004. Products such as the Performance Fabrics developed by DuPont are now part of Invista.

This collection is arranged by format and divided into four series: Photographs, Slides, Advertising and promotional materials, and Videotapes. Each series primary arrangement is alphabetical and secondary arrangment is chronological.

The collection primarily consists of videotapes. The videotapes content are employee training videos related to management, professionalism, advancement, customer service and safety, as well as, informational videos about products, services and company history. Research and Development department videos focus on corporate strategy, professional contribution, cost effectiveness training, safety and waste management. There are recordings of various seminar and conference presentations from Professional Excellence Community Seminars, Technology Seminar, and TechCon, all of which are presented by DuPont employees to other DuPont employees. Several other events have been recorded such as the DuPont MLK Educational Convocation, a 1995 Internet Fair, the Fibers and Composites Development Centres open house and the launch of the DuPont intranet database of proprietary information, SCION. There are also videos which were played at special events such as the company’s Fiftieth Anniversary celebration.

Additionally, there are several VHS copies of the DuPont sponsored documentary films, “To Fly” and “Flyers.” There is also some footage of news segments about “To Fly” and an episode of the Today Show featuring “Flyers.”

The photographs of the Chestnut Run Laboratories include primarily exterior shots of the research complex parking lots, construction and buildings, specifically the Textile Research Laboratory, the Polychemicals Sales Service Laboratory and the Organic Chemicals Department building. There are a few interior shots of one laboratory which is not identified and shows the same equipment from various points-of-view.

There are three sets of slides used in presentations and one mixed set of slides. The largest presentation includes 119 slides on the history and products of the DuPont Company. The two shorter slide presentations focus on DuPont’s Patent Services; the Central Patents Index (CPI) and the Central Report Index (CRI). The set of “mixed slides” was labeled such by the unknown creator and contains images of employees working, the library and images of Repauno Works, Dupont’s dynamite production company.

Advertising and promotional materials include brochures, press kits, tearsheets and product information on DuPont’s Performance Fibers: Coolmax, Thermax and ThermaStat. There is one issue of the newsletter "On Centre: Textile Fibers/Petrochemicals Relocation Newsletter" and an information sheet about MicroSelect fabric. The 1996 calendar features images of textiles under the view of a scanning electron microscope and there is a car windshield shade which advertises the DuPont product “Corian.”