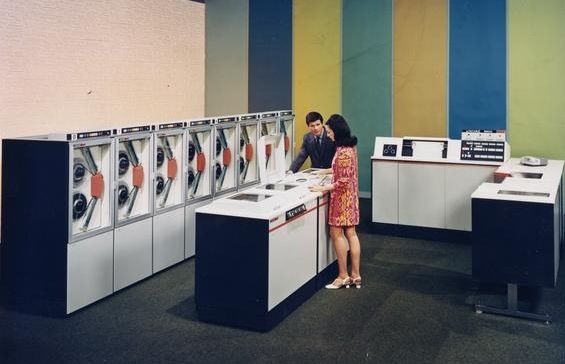 The Sperry Corporation was an electronics company and the UNIVAC Division manufactured the first commercial digital computer. The Sperry UNIVAC division has its origins in the Eckert-Mauchly Computer Corporation (EMCC), founded in 1946 by J. Presper Eckert (1919-1995) and John W. Mauchly (1907-1980). In 1950, Eckert and Mauchly sold their firm to Remington Rand, Inc, a major manufacturer of business machines, who continued development of the UNIVAC system. The collection documents predecessor organizations to the Sperry Corporation, including the Remington Typewriter Company, the Rand Kardex Company, and the Sperry Gyroscope Company; the formation of the Eckert-Mauchly Computer Corporation; the development of the UNIVAC brand under Remington Rand, Inc.; Philadelphia and St. Paul branches of the UNIVAC division; the UNIVAC manufacturing plant in Bristol, Tennessee; and Sperry divisions outside of UNIVAC, including Sperry Gyroscope Flight and Defense Systems, and Remington Rand office equipment.

The Sperry Corporation was an electronics company and the UNIVAC Division manufactured the first commercial digital computer. The Sperry UNIVAC division has its origins in the Eckert-Mauchly Computer Corporation (EMCC), founded in 1946 by J. Presper Eckert (1919-1995) and John W. Mauchly (1907-1980). Eckert and Mauchley worked under contract with the U.S. Army's Ordnance Department, developed Electronic Numerical Integrator And Computer (ENIAC), the first electronic digital computer. Shortly after the construction of ENIAC, the firm began improving on the ENIAC design, which led to the creation of the Binary Automatic Computer (BINAC), and then the Universal Automatic Computer (UNIVAC), the first commercial digital computer.

In 1950, Eckert and Mauchly sold their firm to Remington Rand, Inc, a major manufacturer of business machines, who continued development of the UNIVAC system. The first UNIVAC was delivered in March 1951 and the following year CBS television used a UNIVAC to predict the outcome of the 1952 presidential election. That same year, Remington Rand acquired Engineering Research Associates (ERA), a Minneapolis-based computer-development firm, and ERA and EMCC were consolidated to form the UNIVAC Division of Remington Rand.

In 1955, Remington Rand merged with the Sperry Corporation, and the UNIVAC Division was retained as part of the newly formed Sperry Rand Corporation. Sperry-UNIVAC operated two separate UNIVAC engineering facilities, one in Philadelphia and the other in Minneapolis-St. Paul, each producing different lines of UNIVAC computer systems. Development of commercial, scientific, and business systems was headed by the Philadelphia facility, with St. Paul focusing on government and military computers. In 1962, the Philadelphia facility moved to nearby Blue Bell, Pennsylvania, and became the UNIVAC Division World Headquarters and the UNIVAC Engineering Center (UEC).

Despite UNIVAC's early lead in computer development, Sperry-UNIVAC faced strong competition from International Business Machines (IBM). By the mid-1950s, IBM had gained a clear edge in the business computer market, which it retained for the next several decades. UNIVAC, however, continued to produce new computer systems, with a limited amount of commercial success. UNIVAC machines developed from the first generation UNIVACs with vacuum tubes and mercury delay line memory to solid state machines with drum memory, then to transistorized computers with thin film memory, and eventually to microprocessors and personal computers. In spite of mediocre performance in the commercial market, industry experts commented that UNIVAC machines were generally superior to their IBM counterparts. In addition, UNIVAC remained a major military and government contractor, supplying computers to the Armed Forces, NASA, the FAA, and the Bureau of the Census. UNIVAC real-time computers were used extensively by the Navy as missile guidance systems, and formed the core of NASA's communications network for the Apollo space project.

Arrangement within each of these series is unique, and corresponds directly to the original order of each of the record units within each series. Additional arrangement notes are provided at the series and subseries levels.

This collection spans over seventy five years, from 1910 to 1989. The earliest material documents predecessor organizations to the Sperry Corporation, namely the Powers Accounting Machine Company, the Remington Typewriter Company, the Rand Kardex Company, and the Sperry Gyroscope Company. Photographs exist mainly in brief historical files kept by the Sperry Corporation, and for the most part are views of equipment and products such as Remington typewriters; adding machines and office equipment; and early Sperry gyrocompasses; and aviation instruments.

Significant coverage is given to the early years of electronic computers, from the mid- 1940s to 1955, encompassing the formation of the Eckert-Mauchly Computer Corporation (EMCC) and the development of the UNIVAC brand under Remington Rand Inc. A series of negatives from the EMCC contains images of BINAC and the first UNIVAC model. These negatives include close up views of computer components, such as the memory system or circuit boards, as well as overall shots. Images of ENIAC, BINAC, and UNIVAC I also exist in several historical files within the collection, and in negative files from the Remington Rand-UNIVAC years. Of particular note, are a series of images of CBS television using a UNIVAC computer to predict the 1952 presidential election.

In addition to views of computer systems, there are also a number of photographs of personnel and facilities from the mid- 1940s to 1955. Important persons shown include J. Presper Eckert, John Mauchly, and other members of the ENIAC team, as well as noted computer programming pioneer Grace Hopper; individuals are photographed in both candid shots and posed portraits. The collection also contains photographs of the EMCC building in Philadelphia, as well as the Remington Rand-UNIVAC facility in northeast Philadelphia.

The bulk of the collection dates to the Sperry-UNIVAC years, from 1955 to 1986, covering both the Philadelphia and St. Paul branches of the UNIVAC division, with a small amount of material from a UNIVAC manufacturing plant in Bristol, Tennessee. Two separate photographers' negative files contain thousands of images of UNIVAC computer systems spanning three decades, including the UNIVAC I series, 1100 series, 9000 series, series 90, solid state computers, real-time computers, military computers, UNIVAC LARC, and the Sperry personal computer. Nearly every computer system developed by UNIVAC is represented in this collection.

While computer systems make up the largest portion of the 1955 to 1986 material, the collection also contains views of UNIVAC offices and plants throughout the United States, photographs of UNIVAC training classes and public relations events, and portraits of important persons within the company. Of particular note are a number of UNIVAC educational videos and slide shows, encompassing both training in the use of UNIVAC systems and marketing training for UNIVAC salespeople.

Finally, the collection holds a small amount of material from Sperry divisions outside of UNIVAC, including Sperry Gyroscope Flight and Defense Systems, and Remington Rand office equipment.

Research value: This collection documents the first forty years of computer history, from the invention of ENIAC, the first electronic digital computer, through the development of the scientific computer, the business computer, the supercomputer, and finally the personal computer. The collection contains strong documentation of early computers and the individuals responsible for pioneering computer technology, and will be of great interest to researchers studying the history of computing, the history of the modern business workplace, mid-twentieth century military and NASA computers, early computer design, and human-computer interface design. Researchers studying twentieth century marketing techniques and employee training will find the marketing and educational material in this collection to be a rich resource. In addition, the images in this collection will be a valuable resource for those taking a hands-on approach to history, including model builders and hobbyists restoring computers of the past, and film-makers and set designers recreating office workspaces of the second half of the twentieth century.

On Deposit from Unisys Corporation.

The following item has been transferred from this collection to the Hagley Library Published Collections Department: "Guidance Computer for USAF Titan: Report of Progress in Film Memory Engineering", 1959.