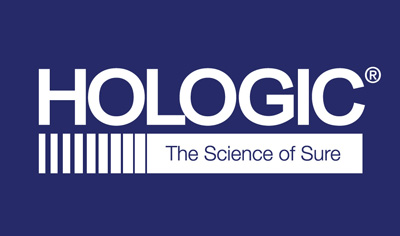 Hologic, Inc. is a developer and manufacturer of medical X-ray imaging instruments with a primary focus on mammography and women's health. The company was founded in 1985 by S. David Ellenbogen (1938-2001) and Jay A. Stein (1942-) in Bedford, Massachusetts. This oral history collection brings together interviews with the individuals involved in inventing, researching, and commercializing digital mammography and breast tomosynthesis at DuPont, Sterling and Hologic.

Hologic, Inc. is a medical technology company primarily focused on women's health; it sells medical devices for diagnostics, surgery, and medical imaging. The company was founded in 1985 by S. David Ellenbogen (1938-2001) and Jay A. Stein (1942-) in Bedford, Massachusetts. Ellenbogen graduated from Newark College of Engineering, and Stein received a Ph.D. in Physics from The Massachusetts Institute of Technology.

At the time, Hologic was most known for its instruments measuring bone density. Sterling Diagnostic Imaging had already sold off one-third of its business earlier the same year. The digital X-ray portion was called Direct Radiography Corp. The X-ray technology produced digital images rather than film, a technology that was spun off from the DuPont Company's digital radiography technology, which Sterling Diagnostic Imaging acquired in 1996.

In 2000, the Food and Drug Administration (FDA) approved the sale of the first digital mammography systems in the United States. DuPont had sold off its x-ray film business and patents related to digital radiology and mammography by that time.

The first digital mammography could only provide a two-dimensional picture of the breast. Although a 2-D image was suitable for assessing fatty breast tissue, it has difficulty picking up abnormalities in dense breast tissue, and overlapping tissue in the image sometimes makes it hard to see tiny micro-calcifications and other subtle signs of early cancer.

Tomosynthesis is a 3-D mammography tool that uses a digital x-ray high-power computer to convert 2-D digital breast images into a stack of very thin layers or "slices" into a 3-dimensional image. With breast tomosynthesis technology, the radiologist can examine breast tissue detail complexities a millimeter at a time.

In 2008, Hologic introduced breast tomosynthesis in many of the countries recognizing the CE mark (indicating a product's compliance with European Union legislation). In 2011 Hologic got FDA approval and introduced tomosynthesis in the US. Hologic was the only provider of tomosynthesis systems allowed to sell in the US for the next three years. The people interviewed include:

Jay Stein, Ph.D., co-founded Hologic Inc. in 1985. He is the Principal Author of fifteen patents involving X-ray technology. He received a Ph.D. in Physics from The Massachusetts Institute of Technology.

Andy Smith, Ph.D. is the vice president of imaging science for Hologic, Inc. He has been involved in medical imaging research and development with a focus on advanced breast imaging technologies such as tomosynthesis for over 20 years. Smith lectures widely around the world on breast imaging and physics, and is a co-author on over 50 patents and patent applications.

Georgia Hitzke was Vice President, Product and Clinical Education World-Wide for the Hologic Breast and Skeletal Health businesses. Prior to her appointment as Vice President, Hitzke served as Director of Clinical Services in the Hologic Breast Health business where she was involved in the development and manufacture of mammography and minimally invasive breast biopsy systems. She joined Hologic in 1999, bringing with her more than 25 years of experience as Technical Advisor and Out-Patient Imaging Manager with Radia Medical Imaging, a 45-person radiology group in Seattle, Washington.

Jim Culley, Ph.D. was Senior Director, Corporate Marketing for Hologic. He began his work in medical imaging when DuPont spun off their medical imaging business. His career covered the commercialization and growth of digital radiography, digital mammography and breast tomosynthesis.

Loren Niklason, Ph.D. was vice-president of Imaging Clinical Research at Hologic. He has an extensive background in digital imaging technology. Niklason was one of the original developers of breast tomosynthesis while employed as a medical physicist in the department of radiology at the Massachusetts General Hospital in Boston. At Hologic, Niklason led the efforts to work with academic sites in Europe and in the U.S. to demonstrate the effectiveness of tomosynthesis.

Lothar Jeromin, Ph.D. After working for Phillips Research Laboratory in Germany as a research engineer in the field of electronic printing, Jeromin moved to the U.S. in 1968 and earned a Master of Science in Systems Engineering, an Executive MBA, and a PhD in Executive Management. He began his U.S. work career with Xerox Medical Systems in Pasadena, California. At Xerox he was instrumental in developing xeroradiographic products for mammography and intraoral dental radiography based on selenium photoconductor plates. In 1990, Jeromin joined DuPont Medical Products Division to co-lead a project to develop a flat panel digital X-ray detector to replace conventional film/screen x-ray imaging. When DuPont spun off their Medical Products imaging business, Jeromin stayed with the imaging business eventually joining Hologic as Vice President, Development and Engineering. Jeromin remained involved in the production of digital products for general radiography, non-destructive testing, and mammography using the selenium detector he had helped develop, until he retired in 2003.

Sally Friedewald, MD. is Vice Chair for Women's Imaging, Department of Radiology and Chief of Breast Imaging in the Department of Radiology at Northwestern Memorial Hospital. Dr. Friedewald led the research team publishing the largest study up to its time comparing the benefits of 2D versus 3-D (breast tomosynthesis) technology in screening for breast cancer. Tom Umbel was Hologic Senior Vice President - Marketing & Business Development. With 25 years of relevant business experience, 20 years of that experience in medical imaging, Umbel joined Hologic in 1999. At Sterling Diagnostic Imaging, Umbel was Vice President and General Manager of their digital detector imaging business. A chemical engineer, he worked for the DuPont Company for 17 years before DuPont spun off their medical imaging businesses to Sterling.

This oral history collection brings together interviews with the individuals involved in inventing, researching, and commercializing digital mammography and breast tomosynthesis at DuPont, Sterling and Hologic. This collection of interviews deals with the founding of Hologic and the development of 3D mammography and breast tomosynthesis. It also covers the sale and consolidation of other companies under Hologic; development of new medical imaging machines; certification of new medical devices by the FDA and equivalent international bodies; negotiations with the medical insurance industry; and selling medical devices and technical support to individual hospitals, clinics, healthcare systems, and other care providers.

These interviews contain personal reflections on the healthcare industry, the research and development process, and the unique challenges of imaging breast tissue. They include discussions on the social impacts of their work and what it means to create machines capable of providing cancer screening medical procedures. The portion of Hologic's business was initially owned and developed by DuPont, then purchased and successfully marketed by Hologic. Hologic grew rapidly through the 1990s and 2000s, and this collection also documents the challenges of running a rapidly growing company with significant facilities in multiple states. The interviewees provide an overview of the evolution of a company's culture and technological breakthroughs in breast cancer detection.

Jay Stein, Hologic's co-founder, talks about starting the company and its early days. He discusses developing new imaging devices and the business decisions while growing the company to its current size. He also discusses his personal and business relationship with David Ellenbogen, the company's co-founder, who passed away in 2001. Stein reflects on Hologic's start as a small bone density scanning company to being one of the largest women's healthcare companies in the United States

Lothar Jeromin, Andy Smith, Jeff Yorker, Loren Niklason, Tom Umbel, and Cornell Williams all had (or have) a role in developing medical imaging devices for Hologic and patenting new machines. Jeromin and Yorker spent their entire careers in research and development. William's interview has detailed descriptions of the intricacies of troubleshooting custom-built prototypes. Umbel's interview focuses on his transition from research and development to an executive role at Hologic and eventually founding his own company.

Carlene West's interview explains her role in accounting at Hologic, beginning with her time at Direct Radiography. She describes working in a rapidly growing company and how she held a director position at Hologic's offices in Glasgow, Delaware, and Danbury, Connecticut. She talks about growing pains within the company as Hologic grew in size and had to find a way to coordinate the company during a period of rapid growth with offices in three different states.

Georgia Hitzke worked in training people how to use Hologic's equipment and in managing the user experience, speaking with healthcare workers to understand their needs for future iterations of Hologic's equipment. Her interview also discusses a brief period in the mid-1990s when some Nordstrom department stores had breast cancer screening clinics.

John Pekarsky worked in sales, selling equipment to healthcare providers. He describes how he convinced healthcare networks to adopt Hologic's equipment and Hologic's company culture and how it awarded successful salespeople.

Ray Nichols and Jill Cypher own Lead Graffiti. Their company created advertisements for Direct Radiography before Hologic purchased it. In their interview, they talk about winning their contract with Direct Radiography and advertising the then-new technology of digital x-ray. They discuss their approach to creation and creativity and describe some of their advertisements and how they made them.