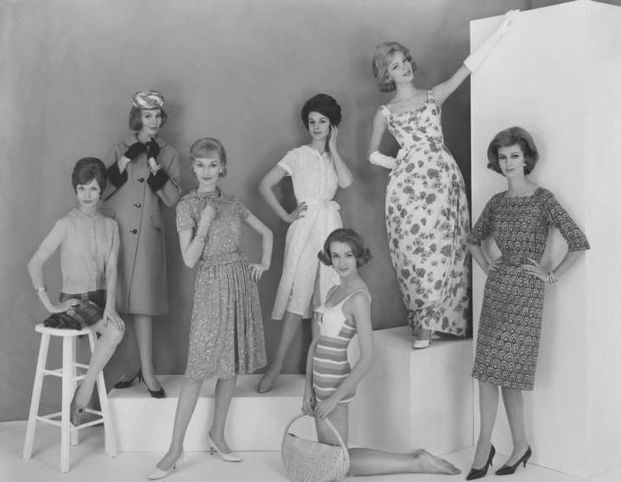 Joseph Bancroft, an Englishman trained in textile weaving in Lancashire, established his own cotton mill on the Brandywine near Wilmington, Delaware in 1831. This operation became the Joseph Bancroft & Sons Company in 1889, and in 1929 it absorbed the Eddystone Manufacturing Co. These images include plant exteriors and interiors, officials and employees, aerials, workers' housing, machinery, floods, and dams and races on Brandywine Creek as well as many Ban-Lon and Miss America fashion photographs. This collection includes approximately 1060 images covering a period from the late 19th century to the 1960s.

Joseph Bancroft & Sons Company manufactured, bleached, dyed, and finished a variety cotton-made goods. After World War I it added synthetics to its production, and these included rayon and nylon fabrics. The company was incorporated in 1889.

The companies namesake, Joseph Bancroft (1803-1874) began manufacturing cotton cloth at a small mill in Rockford, Delaware, just north of Wilmington, on March 25, 1831. The mill was built in order to take advantage of the Brandywine River's water power and Bancroft adopted the traditional British spinning and weaving technology for use in his operation. The firm expanded steadily during the 1830s and 1840s as it began to produce cotton for both the Philadelphia and New York markets. In the late 1840s, Joseph Bancroft brought his two sons, William and Samuel, into the business assuring that the company would remain a family enterprise. During the Civil War, when the American market was largely closed to English imports, the Bancroft firm, like most other U.S. textile companies, prospered. After the war, the company developed a new bleaching process and began to concentrate on finishing cotton cloth.

In 1929, the Bancroft Company merged with the Eddystone Manufacturing Company. In the mid-1930s it began producing a line of rayon goods and a cotton finishing process that were marketed under the trade names of "Ban-Lon" and "Everglaze" respectively. The Banlon and Everglaze processes were widely licensed in Europe and America and by the early 1950s foreign royalties accounted for more than seventy per cent of the firm's total profits.

In an effort to promote Everglaze, Bancroft became a primary sponsor of the Miss America Pageant from the mid-1940s through the late 1960s. The company helped finance the pageant and provided money towards scholarships awarded to pageant winners. Bancroft was able to promote its products using the image of Miss America.

In 1961, the Bancroft Company became a division of Indian Head Mills, Inc., of New York City. The Rockford factory closed in 1981.

The collection consists of general advertising and product information for "Ban-Lon" and "Everglaze" fashions. In particular, the collection documents the Joseph Bancroft & Sons Company's sponsorship of the Miss America Pageant and the promotion of fabrics by Miss America from the years 1953 to 1967. A majority of the photographs show Miss America modeling her official "Everglaze" and "Ban-​Lon" wardrobe, although there are also fashion publicity photographs featuring other models, including those for men's and children's clothing. Other photographs include fashion shows featuring Miss America's "Everglaze" wardrobe and clothing created using McCall's patterns in fabrics by Everfast; displays of fashions and fabrics in department stores; and the use of "Everglaze" and "Ban-Lon" fabrics for household furnishings such as draperies, upholstery, and bedding. Many photographs and advertising materials document the "Miss America/Modern Bride/Ban-Lon Lace Dream Wedding" promotion, including wedding gowns, bridesmaid dresses, and lingerie by makers such as Priscilla of Boston, Alfred Angelo, and Lily of France, particularly for the years 1960 and 1961. The collection also includes numerous fabric swatches, some in sample books, others attached to related photographs. Other miscellaneous items in the collection include paper dolls of various Miss Americas wearing their "Everglaze" ball gowns; Miss America pageant programs from the years 1945 to 1967; and numerous related advertising materials, including promotional kits, press releases, tear sheets, pamphlets, etc.