Oral histories on work and daily life in the Brandywine Valley 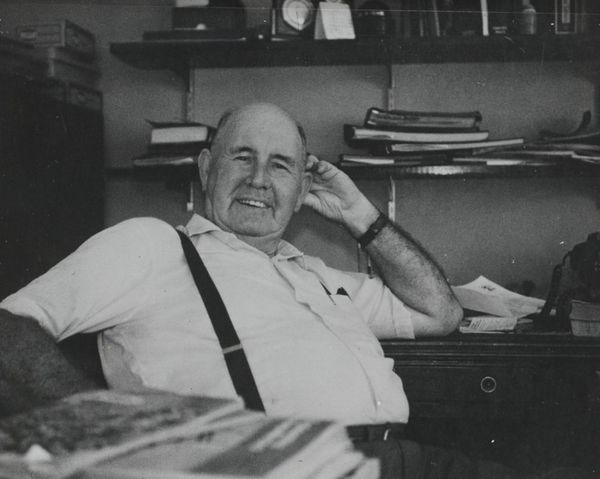 The collection comprises approximately 200 oral history interviews with 152 individuals conducted by museum staff between 1954 and 1990. The majority of the individuals interviewed had either worked at the DuPont Company powder yards on Brandywine Creek during the yards’ final decades of operation or had lived in the surrounding communities, although the collection also includes interviews with those who worked in other local industries. The interviews are largely biographical in nature covering a period from about 1900 to 1960 and address a wide range of subjects relating to daily life and work in the Brandywine Valley.

Museum staff conducted these oral history interviews between 1954 and 1990. The staff primarily spoke with individuals who had worked at the DuPont Company powder yards on Brandywine Creek during the yards’ final decades of operation or who had lived near the Hagley site as spouses or children of DuPont Co. workers. The interviews address the time period from approximately 1900 to 1960. Others interviewed included Luther D. Reed (1885-1975), the first museum director, as well as former employees or acquaintances of Louise du Pont Crowninshield (1877-1958), the last owner of the Eleutherian Mills residence. Finally, other interviewees were selected for their connections of local historical significance, including a journalist, early broadcaster, and former employees or executives of Hodgson Woolen Mill, Lobdell Car Wheel Company, the Longwood estate, Hoopes Brother & Darlington, and Joseph Bancroft & Sons. The interviews were conducted to support the museum’s programs and interpretation as well as to collect and preserve first-hand accounts of work and daily life in New Castle County, Delaware and Chester County, Pennsylvania in the first decades of the twentieth century.

The collection comprises approximately 200 interviews with 152 individuals. Some individuals were interviewed on multiple occasions over the course of months or years. The interviews are largely biographical in nature and address a wide range of subjects relating to life and work in the Brandywine Valley during the early twentieth century.

Amongst those with direct ties to the DuPont Company and its Brandywine Creek powder yards, common interview themes include the landscape of the yards, wages and hours, explosions, daily work responsibilities, camaraderie amongst employees, employee recreation, and their relationship with their employers.

Aside from the work life at the DuPont Company, the interviews address the social and cultural lives of those living in the following communities surrounding the mills on Brandywine Creek: Breck's Lane, Charles Banks, Chicken Alley, Free Park, Henry Clay Village, Long Row, Rising Sun Lane, Squirrel Run, Wagoner's Row, Walker's Banks, and Upper Banks. The interviews delve into the community life and identity of the interviewees, touching on such subjects as holiday traditions, medical care, local colloquialisms, courtship and marriage, immigration, childhood, education, religion, mercantile shops and merchants, transportation, and recreational activities such as sledding, swimming, ice skating, sports, local clubs, and church events. Some interviews mention the impact of specific local and national events, such as explosions at the powder yards, political elections, and Prohibition.

The interviews also provide detailed descriptions of the domestic labor of all members of the interviewee’s household, including meal preparation, sewing and other handicrafts, shopping trips, laundry, soap making, gardening, sanitation, and maintenance of hygiene. The interviews further include descriptions of furnishings and interior and exterior household architecture.

In his interviews, Luther D. Reed, the first director of the Hagley Museum, recollects events surrounding the formation of the Eleutherian Mills-Hagley Foundation and the original construction of the Hagley Museum. He also describes his earlier career with the Dupont Company in multiple roles at various locations, including Gibbstown, New Jersey; Hopewell, Virginia; Arlington, New Jersey; and Wilmington, Delaware.

The collection also includes interviews with individuals connected with other local industries. This includes interviews with two former executives of Joseph Bancroft & Sons, Co., whose textile finishing plant was located downstream from the DuPont powder yards on Brandywine Creek. They primarily discuss management strategy and decisions between the 1920s and the company's sale to Indian Head Mills, Inc. in 1961. Other interviews address the work environment and corporate history of the Lobdell Car Wheel Company, working life at the Hodgson Woolen Mill, and the manufacture of wagon wheels at Hoopes Brother & Darlington in West Chester, Pennsylvania. In his interview, Willard S. Wilson details his career as a radio personality and broadcast journalist in the Wilmington area. An interview with a local journalist, Frederick K. Reybold, describes the newspaper business in Wilmington.

Interviews and transcripts available online in the Hagley Digital Archives.

Oral histories on work and daily life in the Brandywine Valley, 1970-370. Audiovisual Collections.