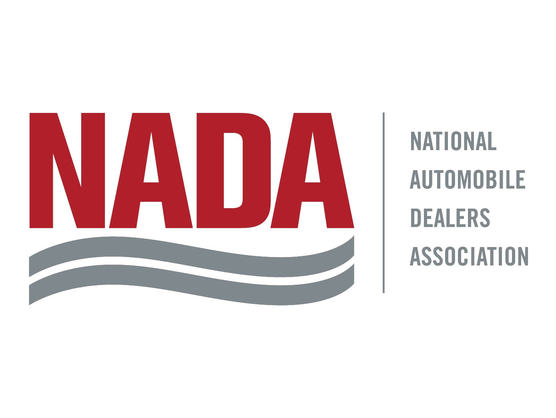 The National Automobile Dealers Association (NADA) is an advocacy organization that represents automobile dealers to automobile manufacturers and the United States government. This collection highlights the activities of NADA. The collection is arranged into two series based on format; Audiovisual and Publications. The material within the series are arranged chronologically. The audiovisual materials focus primarily on coverage of events, news segments, automobile manufacturer footage and other programs pertaining to NADA, while the publications focus on industry news, products, regulations, and legislation.

The National Automobile Dealers Association (NADA) is an advocacy organization that represents automobile dealers to automobile manufacturers and the United States government. In 1917, thirty dealers lobbied Congress to lower the luxury tax on automobiles. After their success, they decided to form an organization to represent the interests of the automobile dealer. Later that year, 130 dealers met in Chicago and elected the first president of NADA, George Browne of Milwaukee, Wisconsin. Presently, NADA supports dealers by advocating for their needs with the United States government and automobile manufacturers. It also assists dealers by following pricing trends on new and used vehicles. NADA currently represents 16,000 new car and truck dealers encompassing 32,500 franchises. In 1975, NADA moved to its current headquarters in Tyson’s Corner, Virginia.

Throughout its history, NADA has offered many services and programs to members, such as the Dealer Attitude Survey and the Dealer Academy. NADA has had initiatives for non-members as well, including the Automotive Youth Educational Systems (AYES) program which recruited students for occupations within the automobile dealer industry and the Boost for Safety program which assisted car owners in properly attaching their children’s car seats.

Every year, NADA, along with American Truck Dealers (ATD) hosts a convention and exposition in a major city in the Unites States featuring prominent keynote speakers, educational workshops and dealer/manufacturer franchise meetings.

This collection highlights the activities of the National Automobile Dealers Association (NADA). The collection is arranged into two series based on format; Audiovisual and Publications. The material within the series are arranged chronologically. The audiovisual materials focus primarily on coverage of events, news segments, automobile manufacturer footage and other programs pertaining to NADA, while the publications focus on industry news, products, regulations, and legislation.

The original recordings have been digitized and this collection contains digital preservation copies of videocassette and sound recordings (with access copies) as well as digital copies extracted from DVDs. NADA retains the originals.

This series consists primarily of video of NADA conventions and conferences, news coverage, educational programs, compilations from automotive industry manufacturers, promotional commercials, safety videos and B-roll and edited masters from the “Ride for your Life” and Automotive Youth Educational Systems (AYES) program. The AYES and “Ride for your Life” programs are initiatives of NADA to recruit high school students for occupations in the automotive industry.

Safety issues are covered in several programs. Seat belt use is highlighted in “The Toney Lineberry Story,” a documentary about a teenager not wearing a seat belt who was badly injured in a car accident. Other subjects included in the collection concerning safety are highway driving, crash test facilities, child safety seats and Sports Utility Vehicles (SUVs).

Commercials consist of public service announcements from NADA about safety belt usage, featuring Race Car Driver Rick Mears and public speaker Toney Lineberry. “Don’t Be a Dummy,” promotes the use of CPR. Also included is a NADA promotional commercial and another focusing on financing initiatives.

Compilations from automotive manufacturers generally include running footage of different makes and models of vehicles. Some contain commercials for the manufacturer, including historical spots that include celebrities such as Jimmy Durante, magician Doug Henning and Professional Race Car Driver Dan Gurney. These videos can also contain historical footage such as Jeep during World War II, Chrysler and the automobile industry, Henry Ford and other Ford Company executives. Also included are short films or documentaries created by or for the manufacturer for example “The Honda Spirit,” “The Wheels of Nissan,” and “Going Places.” Manufacturers represented are Ford, Jeep, Volkswagen, Honda, Toyota, Chrysler, Dodge, Nissan, Datsun, General Motors, Suzuki, BMW and Hummer.

The news coverage primarily includes stories investigated by local and national news outlets on fraud surrounding car dealerships. Occasionally, a representative from NADA is interviewed in these segments. Due to copyright restrictions, this material must be viewed on site at the Hagley Museum and Library.

Also included in the collection are several educational videos for dealers such as how to speak to the press, getting to know their representatives in Congress and utilizing the Equal Credit opportunity.

The conventions are either covered by different television production outlets created for the conventions such as Automotive Satellite Television Network (ASTN), Visitors Television Network (VTN) and NADA-TV or are complete coverage of the convention day schedule. These conventions include keynote speakers from the automotive industry as well as political industry notables including Rudolph Giuliani, John Glenn, John Major and General H. Norman Schwarzkopf. The conventions also had an inspirational service on Sundays during the convention which included inspirational speakers such as Mitch Albom, Barbara Bush, Robert Urich and Naomi Judd. Also included in the collection is coverage of several years of NADA’s Washington conference, a meeting between NADA representatives and government officials.

Of note is footage of Honda’s Solar Car, the 2002 Automotive Hall of Fame Induction Ceremony, film transfers from the National Archives and Records Administration that contain various historic automotive footage, a program on flood damaged vehicles after Hurricane Katrina, news reports on switching the NADA convention with the Super Bowl in 2002 and the NADA produced “100 Years of America's Auto Dealerships; The First Century” a history of auto dealerships.

This publication has undergone numerous name changes. Our earliest holdings of this publication were published under the name of the NADA Bulletin (1934-1944). Later publications were released under the titles NADA Magazine (1944-1969), Cars & Trucks (1969-1979), and Automotive Executive (1979-2009). This publication contained messages from NADA representatives to dealers, news about industry figures, articles on public policy and regulations, advertisements for auto-industry and auto-industry related products, and marketing strategies. The periodical grows significantly in size and scope during its decades of publication, serves throughout as trade literature of interest to employees and owners of automobile dealerships.

This publication began as NADA News and Views (1943) and later in the same year the titled changed to NADA Washington News (1943). The newsletters contain articles related to regulations during war time such as rationing, forms, used car and truck price ceilings, and taxes. The activities of the Office of Petroleum Administration for War (OPA), Reconstruction Finance Corporation (RFC), War Production Board (WPB), and the Automotive Manpower Maintenance Committee are often discussed.

Within the Family (1954-1955) is a short, irregularly published newsletter reporting gossip, personal updates, and ‘chit-chat’ regarding industry news, informal gatherings, and personal updates on industry figures. It was intended for private circulation amongst NADA directors and Automotive Trade Association Members.

This publication has undergone numerous name changes. Our earliest holdings of this publication were published under the name of the NADA Washington Report (1956-1968). Later publications were released under the titles the NADA Newsletter (1969-1988), and the NADA Report (1988-1989). The newsletter is a mixture of material related to pushing dealers to lobby government regarding industry policy and updating on industry news – awards, state and local association news, recent elections to NADA and other industry organizations. The collection includes indexes.

The Hagley Library’s digital collections of this publication consist of the November, 1982 issue. This publication is a newsletter of the NADA Automotive Consumer Action Program, and covers recent conferences and organizational meetings and news related to improving and managing relations with customers of automobile dealerships.

Nadart Newsletter (1982-1983) contains information for owners and managers of automobile dealerships about taxes, salary, investment plans, pension updates, and compliance with state and federal laws regarding legal and financial responsibilities related to their economic activity. Nadart is an acronym for National Automobile Dealers and Associates Retirement Trust.

This short, monthly newsletter covers news of interest specifically to employees, managers, and owners of automobile dealerships with particular interest and activity in sales of trucks. The newsletter covers industry and organizational events, lobbying and legislative activity, relevant statistical reports, and other industry news.

This short newsletter was intended to update its members about the Year 2000 Project, a NADA undertaking intended to celebrate the impending 21st century and prepare for technological upgrades and issues, particularly those related to Y2K concerns and possibilities.

This yearly publication was distributed to convention attendees to highlight the year’s notable news, orient visitors to the convention city, provide an overview of convention events and exhibits, introduce incoming NADA officials, and comment on the state of the industry in the coming year.

Originals have been retained by the National Automobile Dealers Association.