Carter Litchfield collection on the history of fatty materials 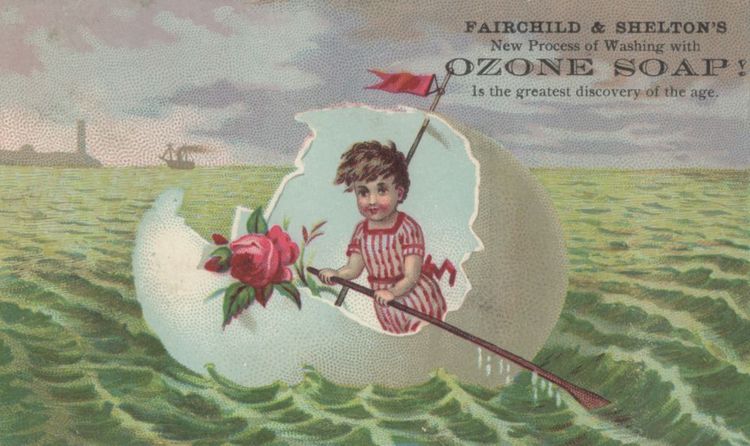 Carter Litchfield (1932-2007) an organic chemist who studied and specialized in edible fats and oils. This collection of photographs and ephemera relates to Litchfield's activities as a scientist, historian and collector of the history of fatty material. There is also a large amount of advertisements, letterheads, postcards and trade cards.

Carter Litchfield (1932-2007) an organic chemist who studied and specialized in edible fats and oils. Litchfield earned a B.S. in chemical engineering from Rensselaer Polytechnic Institute. Litchfield later earned Ph.D. in organic chemistry from Texas A&M after starting his professional career as a chemist for Procter & Gamble. During the mid- to late 1950s Litchfield worked in the Edible Research Section of the Chemical Division of P&G. His work there centered on shortening products like Crisco and margarine oils. Because of his work at Procter & Gamble, Litchfield developed an interest in the history of fatty materials, which he defined as high-calorie fats found in seeds and animals. Fatty oils include olive, linseed, soybean, cottonseed (all seed oils) as well as lard, tallow, and other animal body fats. Litchfield left P&G in 1960 to take a job as a research scientist at Texas A&M. After a few years at Texas A&M Litchfield decided to work towards his doctorate in organic chemistry.

Litchfield spent nine years working at Rutgers University. His research activities revolved around fatty oils in marine mammals and aquatic sponges. Litchfield published his work on Amazon River Dolphins in a 1970 article in Biomedical Life & Sciences. In 1972, Litchfield he published the book Analysis of Triglycerides. While at Rutgers Litchfield founded Olearius Editions, a publication company dedicated to the history of vegetable oil and fat production. In 1979, Litchfield retired from Rutgers to pursue a new career. Olearius Editions (named for the artisan in the Roman Empire who pressed oil from olives and sold it to the community) specialized in the publication of histories of the manufacture of vegetable oils and fats.

Litchfield’s first book, published in 1974 was an English translation of the 1836 Japanese work, Seiyu roku: Oil Manufacturing in Japan in 1836 (1974). One of Litchfield’s most important Olearius publications was a book he co-authored, The Bethlehem Oil Mill, 1745-1934: German Technology in Early Pennsylvania (1984). The book featured first time translations of German documents detailing the craft and artisanship involved at the oil mill. His interest in oil mills extended well beyond Bethlehem, Pa. Litchfield researched and photographed oil mills all over the United States, Europe, and parts of the Middle East. Olearius Editions publications reflected Litchfield’s global scope with the publication of another translated work. History and Technology of Olive Oil in the Holy Land (1993) was partially translated from Hebrew. The translated edition published by Olearius contains a chapter not included in the original Hebrew publication. Another of Litchfield’s important Olearius publications is the History of Oleomargarine Tax Stamps and Licenses in the United States (1988), a book known for its precise detail and dedication to an understudied topic.

In addition to writing and publishing about the history of fats and fatty materials, Carter Litchfield built an important collection on the subject. The library includes more than 5,000 books, many rare, which chronicle the history of fats and fatty materials; at least eight languages are represented and the collection spans 500 years. In the course of collecting, Litchfield acquired the Julius Lewkowitsch Papers and purchased the Ellsworth C. Warner Papers. Litchfield’s acquisitions were not limited to publications and manuscript collections. He amassed a collection of ephemera including tax stamps, posters, artifacts, photographs, and other items.

As a member of the Society for Industrial Archeology (SIA) Litchfield regularly attended SIA meetings, functions, and conferences. He often presented papers to the SIA and sat on several committees, including the Vogel Prize committee. Litchfield researched the history of fats and fatty materials until his death on May 9, 2007.

This collection of photographs and ephemera relates to Carter Litchfield's activities as a scientist, historian and collector of the history of fatty material. There is also a large amount of advertisements, letterheads, postcards and trade cards.

Olearius Editions historic oil mills series consists of Litchfields research material his career as founding editor and publisher of Olearius Editions. The photographs, slides, and negatives in this series include oil mills, oil stones, and oilseed plants from America, Europe, Israel, Japan, and Africa. Research materials for Olearius publications Olive Oil in the Holy Land and Seiyu roku are included in this series.

The Chevreul correspondence series is a set of photographs and prints that either belonged to or feature French chemist Michel Eugène Chevreul purchased by Litchfield.

View selected items from the collection in the Hagley Digital Archives

Carter Litchfield's personal libary of books, pamphlets, periodicals, and serials on the history of fatty materials has been transferred to the Published Collections Department, where it has been cataloged at the item level. View the item records in Hagley's Catalog.